Curaçao is a colourful Dutch island located just north of Venezuela in the Caribbean. Known for its beautiful beaches tucked into coves and expansive coral reefs rich with marine life, this island is one that isn’t as commonly known as others but a gem once you discover it. I’ve travelled to Curaçao twice now and have loved this island for different reasons each time.

The Dutch influence on Curaçao is widely present since establishing themselves as the island’s ruling class in 1634. Today, several thousand Dutch people have made Curaçao their permanent home. While Dutch is the official language of the country and remains the language of instruction in schools and is widely spoken in government and business, the island is also the birthplace of Papiamento – a Creole language combined of Spanish, Portuguese, African, Dutch and Arawak Indian and has evolved much over the years. In fact, while Dutch is the official language, Papiamento is the most common. 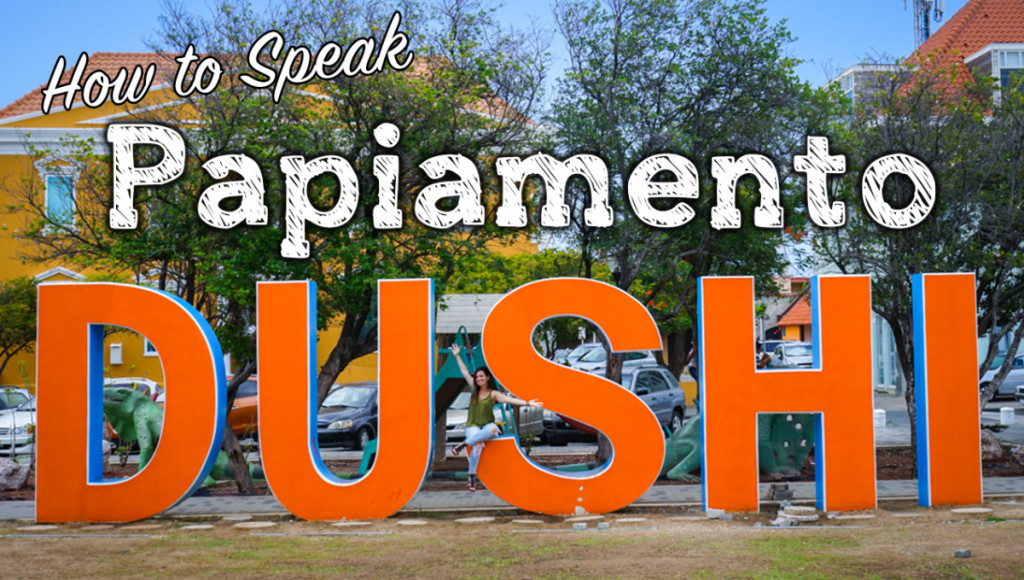 Now, there is one world in Papiamento that you will quickly learn upon arriving in Curaçao, and that is Dushi. Dushi means sweet or sweetie. This is used in the sense of pan dushi (sweet bread), dushi Korsou (sweet Curacao), but also as common word between young friends when greeting one and other saying, “Eeeeey dushi” aka, “hi darling.” Its also used by males to express their interest in an unknown female passing by.

Whenever someone asks me, “What is an important thing for me to know before travelling to ______,” one of my responses is to learn a few common phrases in the language of the country you are travelling to. So, for those of you heading to Curaçao, that could mean learning a bit of Dutch, Spanish, English or Papiamentu, since all are spoken. For me, Papiamento seems like it may be the most impressive language of the 4 to learn. Here are some phrases you can practise before heading over to the island of Curaçao:

How are you: Con ta bai

Thank you very much: Masha danki

My name is: Mi nomber ta

Where are you from? Foi unda bo ta?

Where is the washroom: Unda e baño ta?

Days of the Week

How much does this cost: Kwanto esaki ta costa

Lemonade made from limes, with ice added to make it a lime slush puppy. The most refreshing drink on the island: Awa lamoenchi/limoenchi

Fruit based smoothie, sold in little stalls across the island: Batido

Do you speak more than one language? Let us know which ones below and how you learned.

Watch Our Latest Video
What a gift it is to be your mom. The whole journ

This is her world. We may live in 200 square feet

This is her world. We may live in 200 square feet