It’s the best time of year again. Halloween. The time where creepiness is embraced and going out into the world with the worst bed head is encouraged. The scarier you look, the better.

Now, if you’re like me and love testing your fears (whether it be a scary movie or a haunted house), you’re going to love this post. To kick start the Halloween festivities, I’m sharing 10 of the scariest places in the world (in no particular order). Enjoy…

10) The Tower Of London, United Kingdom

The Tower of London is believed to be the most haunted place in the United Kingdom. Many people have been imprisoned and executed at the tower, and there are plenty of stories of ghost encounters here. One of the strangest stories is of the ghost of a bear that is said to haunt the tower. It’s believed to be a grizzly bear that lived there in the early 19th century, while Arbella Stuart, the cousin of King James I, is also said to haunt the place.

This huge former asylum served as the place where the mentally ill were sent from the mid 19th century until it closed in 1994. While it was designed for 250 people, in the 1950s over 2,400 people were housed there in cramped conditions. Today, there’s said to be a lot of paranormal activity that goes on. In fact, many TV shows looking for ghost activity have been filmed here, and it is widely considered to be one of the scariest places in the world. For those who aren’t afraid of ghosts, there are all-night tours that you can enjoy at this former asylum…if you dare.

Located in the complex of a former American base in the Philippines, this abandoned hospital is surrounded by trees and bushes that are slowly reclaiming the area. The large open spaces, over several floors of the hospital building, that are covered in graffiti and are only broken up by the supporting pillars. The elevator shaft and the enclosed rooms are the scariest parts of the hospital. While this is a fairly modern place, there’s a growing history of ghosts and specters that haunt the hospital.

There’s something about the suggestion of death that is conjured by bones and particularly skulls that causes fear among people and makes the Catacombs of St. Callixtus one of the scariest places in the world. Deep in the catacombs lay the bones and skulls of thousands of people, along with crypts and memorials to the most significant people entombed here. The most disturbing part is the way the bones have been used to decorate within the catacombs. While the narrow and claustrophobic underground tunnels also help to add a sense of fear to this place.

Located in the Namib desert, this former mining town grew around a diamond mine nearby. When the diamonds ran out however, the town was abandoned. Today, the sand is rising around the buildings here, leaving many rooms inside houses several feet deep. The crumbling ruins combined with the blowing sand within the silence make this an eerie place to explore.

5) Chapel of Bones in Portugal

During the 16th century, there were as many as 43 cemeteries in and around Évora, Portugal that were taking up valuable land. Not wanting to condemn the souls of the people buried there, the monks decided to build a chapel and relocate the bones. They decided to put the bones on display, hence the name of the chapel today. This chapel contains the bones of 5000 monks and 2 bodies hanging from ropes, one which is a child. The idea of putting the bones on display was to create a helpful place to meditate on the transience of material things in the undeniable presence of death.

This may look like a fairly commercialized place to visit, with its glossy brochures and adverts, but it’s definitely not for the faint of heart. McKamey Manor had been labeled as one of the “most extreme” haunted houses in the United States and one of the scariest places in the world. It has a waiting list of over 17,000 people who are hoping to have a chance of entering what is best described as “living a horror movie.”

This place teeters on the border of legality in many people’s eyes, and if you watch one many of the videos online, you’ll quickly understand why. The “experience” can last up to 8 hours and only allows 2 people in at a time. You can be held against your will, hit, punched, bound, and even gagged. Of course, beforehand, you must sign a contract giving permission to let this happen. Scary or torturous? You decide.

The Romanian province of Transylvania is where the legendary blood-drinking immortal prince known as Dracula was said to have lived. The Corvin Castle is believed to have been a part of the inspiration behind the story. Accessed over a wooden bridge and with so many narrow windows for archers, you can see why the castle would have been a suitable home for such a legendary figure.

Said to be the most haunted house in Korea, the Yeongdeok’s Haunted House is one of very few abandoned buildings in the country. There are several stories of people who have died here and left a curse on the house. It’s an area that has been vandalized with graffiti, by those who are brave enough to go inside will find a dilapidated and crumbling property, this combined with the confined space in the basement make Yeongdeok one of the scariest places in the world. 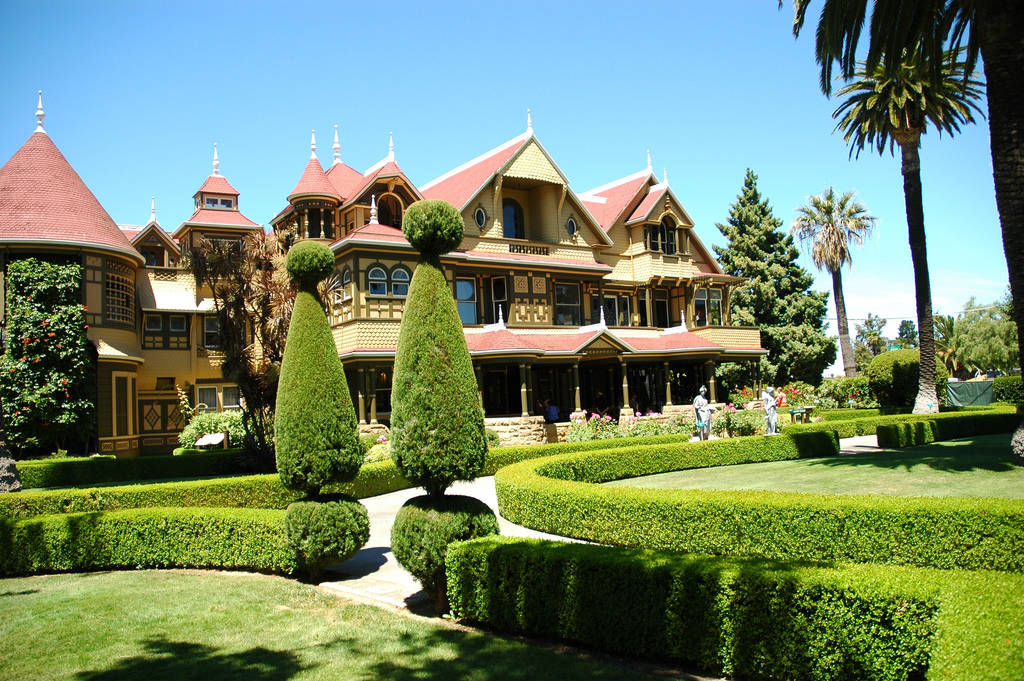 This strange property has hundreds of rooms with a huge number of corridors and stairways that lead to nowhere. The house was the home of the heiress of the Winchester gun company who believed the property was haunted. The heiress had said that only continuing to build the property would appease the spirits, and while there are some beautiful areas, it is also a bizarre and unsettling place to explore.

Where is the scariest place you’ve ever visited?

Watch Our Latest Video
WELCOME TO THE RETREAT! This mama is spending 2 n

THE WORLD IS HER CLASSROOM. Traveling with my dau

SLOTHS! 🦥🦥🦥 Yesterday, we spent the afte

MORNING ROUTINES AND RITUALS On the days I can ge

WELCOME TO THE RETREAT! This mama is spending 2 n

THE WORLD IS HER CLASSROOM. Traveling with my dau

SLOTHS! 🦥🦥🦥 Yesterday, we spent the afte

MORNING ROUTINES AND RITUALS On the days I can ge